Pray for the Supreme Court 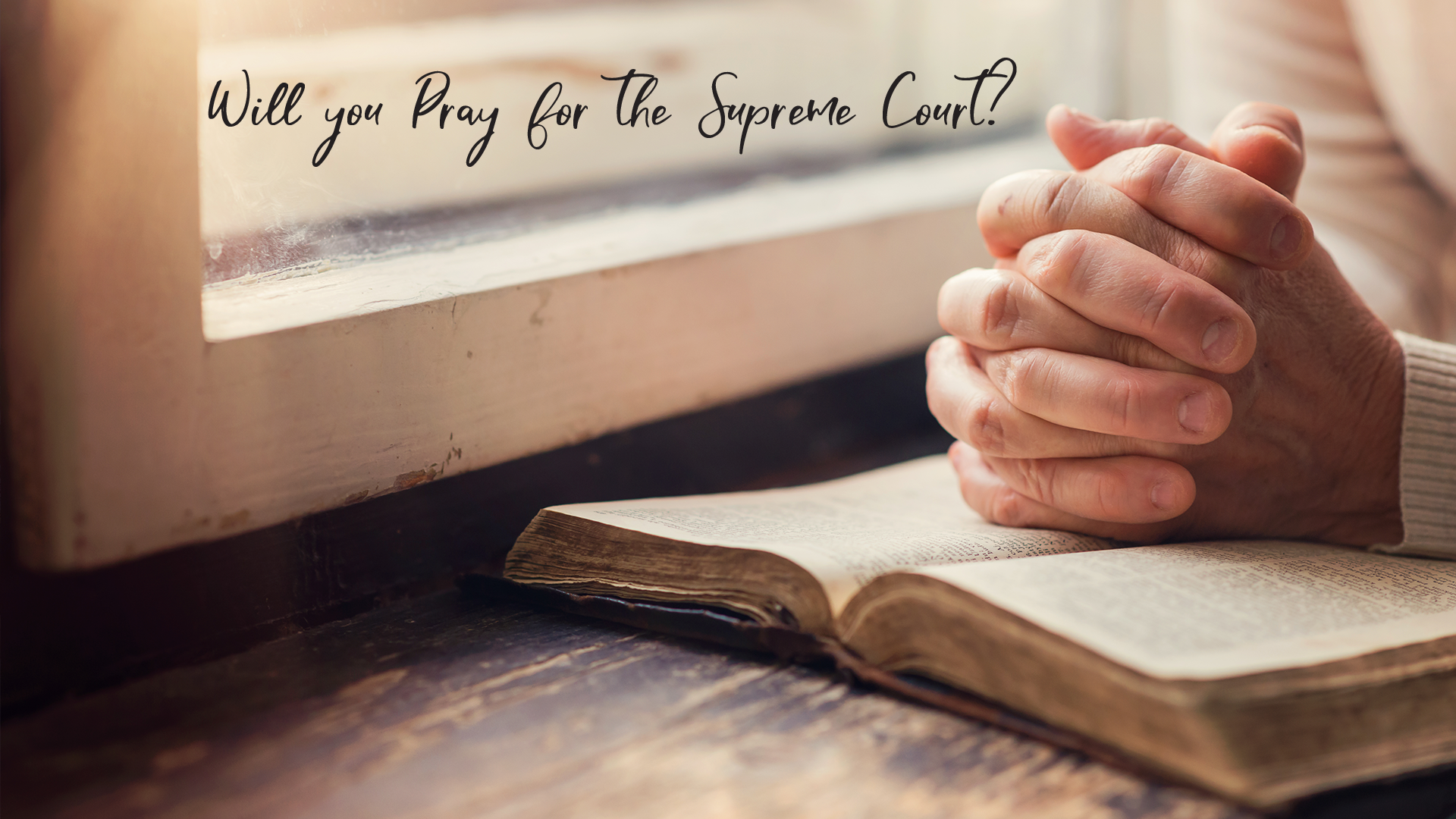 The first two freedoms articulated and protected by the First Amendment to the Constitution of the United States are the “free exercise” of religion and “freedom of speech.”

On Tuesday of the coming week, December 5, at 10:00 a.m. the Supreme Court will hear oral arguments in a case where both of these foundational freedoms hang in the balance.  I hope you will pray earnestly.

To understand what is at stake, watch this brief video.

Simply put, the central issue is:  can government coerce and compel us to speak contrary to our religious beliefs or conscience?  Or put another way, can government punish those who refuse to speak (or create art) in support of same-sex marriage due to their religious convictions?

“Finally, it must be emphasized that religions, and those who adhere to religious doctrines, may continue to advocate with utmost, sincere conviction that, by divine precepts, same-sex marriage should not be condoned. The First Amendment ensures that religious organizations and persons are given proper protection as they seek to teach the principles that are so fulfilling and so central to their lives and faiths, and to their own deep aspirations to continue the family structure they have long revered.” (Obergefell v. Hodges)

Now is the time for Justice Kennedy to give “proper protection” to Jack Phillips, to those who do not endorse same-sex marriage, and to our constitutionally protected freedom of religion and freedom of speech.

To pray for our governmental leaders is a clear Scriptural mandate (1 Timothy 2:1-2).  So, please join me in praying that our Supreme Court will decide this case in a manner that does not punish followers of Christ, but allows us to “lead a peaceful and quiet life, godly and dignified in every way” (1 Timothy 2:2b, ESV).

Your Pastor and Friend,