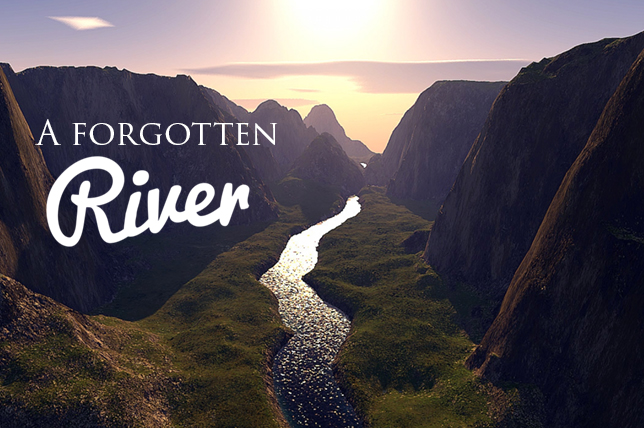 Flourishing.  It’s a desire to grow, a desire to be healthy.  It’s a yearning to prosper and to thrive.  It’s a God-given human desire.  And, it has captured our attention at Ingleside as the New Year has begun.

This theme of flourishing, though sometimes forgotten or neglected, actually runs like a river through the Scripture.  It is developed and reinforced in every major section of God’s Word.

Beginnings.  The source of this stream is found in the creation narratives of Genesis 1 and 2.  God created a male and female in his image, placed them in a garden of abundance and delight, and said:  “Be fruitful and multiply and fill the earth and subdue it, and have dominion over the fish of the sea and over the birds of the heavens and over every living thing that moves on the earth” (Genesis 1:28, ESV).  This is a mandate to flourish!

Patriarchs.  The river resurfaces in God’s promise to Abram.  “And I will make of you a great nation, and I will bless you and make your name great,” God says, “so that you will be a blessing” (Genesis 12:2, ESV).  God intended for Abram to flourish and, as he flourished, to be a blessing to others.

The Law.  The river reappears when God said to Moses that he intended to give his people a “land flowing with milk and honey” (Exodus 3:8).  If his people would obey him, God promises a depth and breadth of blessing that is hard to overstate (cf. Deuteronomy 28:1-14).  The “promised land” was full of flourishing.

The Writings.  In the wisdom literature of the Old Testament, images of flourishing abound – think Psalm 1.  The path of wisdom that typically leads to long life, riches, honor, pleasantness, and peace is clearly marked out – think Proverbs.  The forgotten river is broad and deep here.

The Prophets.  In Jeremiah is found but one example of the stream called flourishing among God’s Old Testament spokesmen.  In language reminiscent of Psalm 1, he writes:

7  “Blessed is the man who trusts in the Lord,
whose trust is the Lord.
8  He is like a tree planted by water,
that sends out its roots by the stream,
and does not fear when heat comes,
for its leaves remain green,
and is not anxious in the year of drought,
for it does not cease to bear fruit.”
(Jeremiah 17:7-8, ESV)

To be sure, early on our sin and rebellion polluted the river of flourishing that God intended for us to experience.  Because our world is fallen, the stream sometimes seems dammed or diverted.  Sometimes the righteous suffer and the wicked prosper.

New Testament. Nonetheless, the river flows . . . through a Savior named Jesus, through the cross and the resurrection, through the baptism and filling of the Holy Spirit, through the fellowship and witness of the church.

“Then the angel showed me the river of the water of life, bright as crystal, flowing from the throne of God and of the Lamb 2 through the middle of the street of the city; also, on either side of the river, the tree of life with its twelve kinds of fruit, yielding its fruit each month. The leaves of the tree were for the healing of the nations. 3 No longer will there be anything accursed, but the throne of God and of the Lamb will be in it, and his servants will worship him. 4 They will see his face, and his name will be on their foreheads. 5 And night will be no more. They will need no light of lamp or sun, for the Lord God will be their light, and they will reign forever and ever.” (Revelation 22:1-5, ESV)

What a picture of life, what a promise of abundance, what a river of flourishing!  Drink deeply, dive in.

Yours for a flourishing life,